Local author Greg Howard, whose book The Whispers was released last month, grew up on the coast of South Carolina in a strict, conservative Christian environment, where the tragic loss of his mother at a young age would force him to escape into the arts: singing, playing piano, acting, writing songs, and making up stories.

After Nashville, Tennessee college, Howard would finally come out and, after a long holding pattern in the music industry, eventually get serious about writing books. He stumbled into writing for young adult and middle grade audiences, but he has brought those genre’s readers a sensitive and realistic depiction of the lives they live. His debut young adult novel, Social Intercourse, has been described as provocative and hilarious. Last month, Putnam/Penguin released his first middle grade novel, The Whispers, which is one part mystery, one part self-exploration.

Howard sat down with O&AN to discuss his writing, and the very personal look into his past the novel provides.

GRADY: Why don’t you tell us a little bit about the book?

HOWARD: The Whispers is a story about a boy growing up in South Carolina, in the country. He's 11 years old and his mother goes missing. And he believes that the police aren't doing everything they can to find her. And he feels like he's becoming a suspect, because he can't remember what happened that day.

That ties into a bedtime story his mother told him about mythical creatures called the Whispers, who know all the secrets to the universe. So, Riley believes that if he can go and find the Whispers in the woods, they will help him find this mother. Of course, none of that turns out the way he thinks it will.

It's really a story about childhood trauma and being isolated as a gay kid in the South.

GRADY: This is very different from your last book, Social Intercourse…

HOWARD: The audience for my last book, Social Intercourse, was young adult, of course, and it was pretty raunchy and all that. This is not that at all. This is very sweet, and a lot of heart. But it came from a very personal place.

GRADY: But there’s still an explicitly LGBT angle to this story?

HOWARD: Yes, there is, but age appropriate, because you have to be careful with middle grade, you know... but yeah, he has a crush on an older boy, and, without giving anything away, I like the way it develops and that it's not a tragic kind of story.

Remember when we were kids and we would fall for these older boys? And it was never a good thing!?

GRADY: So you said that it has personal resonance? Is there anything that you can tell us to shed light on that?

HOWARD: Yeah, it has a personal resonance in that ... especially because the main character is a gay kid who's self-aware in the South and... I mean I was probably five years old when I knew I liked boys—that was never a mystery. So you feel so isolated and like nobody really knows you. And so that's where a lot of the personal resonance comes in.

The family dynamics are also very, very personal. My mother actually passed away of cancer when I was young, and the way that touched my family and, therefore, me affected me for the rest of my life. The way my dad kind of shut down emotionally, kind of left me my brother on our own. The way my grandparents were just so grief stricken … there was just no air in the room for the children's grief, you know? So we just kinda had to figure it out our own, and that was very traumatic.

GRADY: So how old were you when your mother died?

HOWARD: I was five, and she was only 26... So she was a kid. I think that was what affected the community... She was a beauty queen, which is referenced in the book. She was only 26 when she got cancer! And back then—back in the day—that was like six months and you were gone. So it really hit the little town really hard and especially the grown-ups in my life...

When my mom passed away, I remember all the stuff that was hers just disappeared. So not only was she gone—and nobody explained to me why she was gone—none of her stuff was there… And the pictures were gone, and the photo albums disappeared.

I actually found out years later that my older brother had taken the photo albums, because I was the mama's boy, he was daddy's boy. And he felt like he didn't have a piece of her. So he actually swiped all the photos and he still has them…

GRADY: Fairy tales are in the in the background of this book. Is that something that you had an interest in as a child?

HOWARD: Yeah, I had a very vivid imagination, because, in the absence of there being stories told about my mom… Nobody would talk about her, I mean they put her pictures away, we couldn't ask questions, it was too painful for the adults. So with the absence of all those memories, I just kind of made up my own stories…

I had this one memory of the Christmas parade when I was very young. I remember seeing her up on the back of the convertible in the white gloves and pillbox hat, waving. And I'm standing there, you know, waving back to her. And I'm so proud... I thought she was Miss Georgetown. And then I realized… Years later, I came across a photo of her sitting on the back of that car waving. And I looked down at the date, and it struck me that it was three years before I was born.

So I had manufactured this memory that I thought was real from seeing that photograph as a kid. But, yes, the mythical wood creatures, the magical realism. I mean, I don't know what gay kid doesn't have a great imagination. A lot of that comes, I think, from the isolation... When you're in a place like that, you're in your own little world. You have to be… 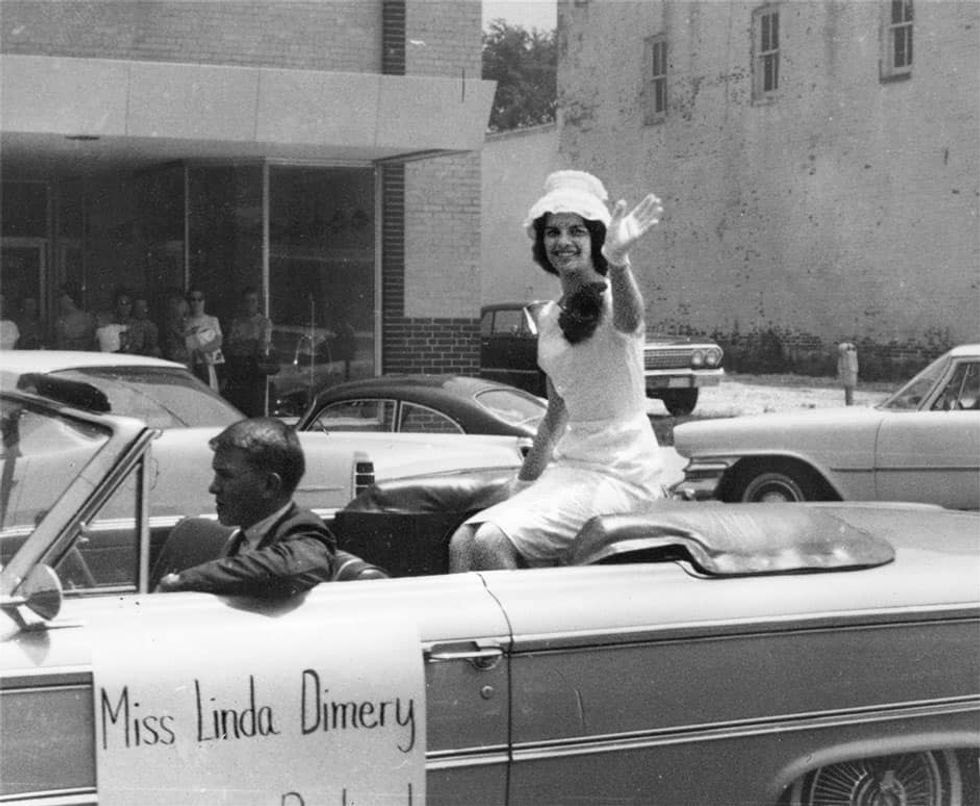 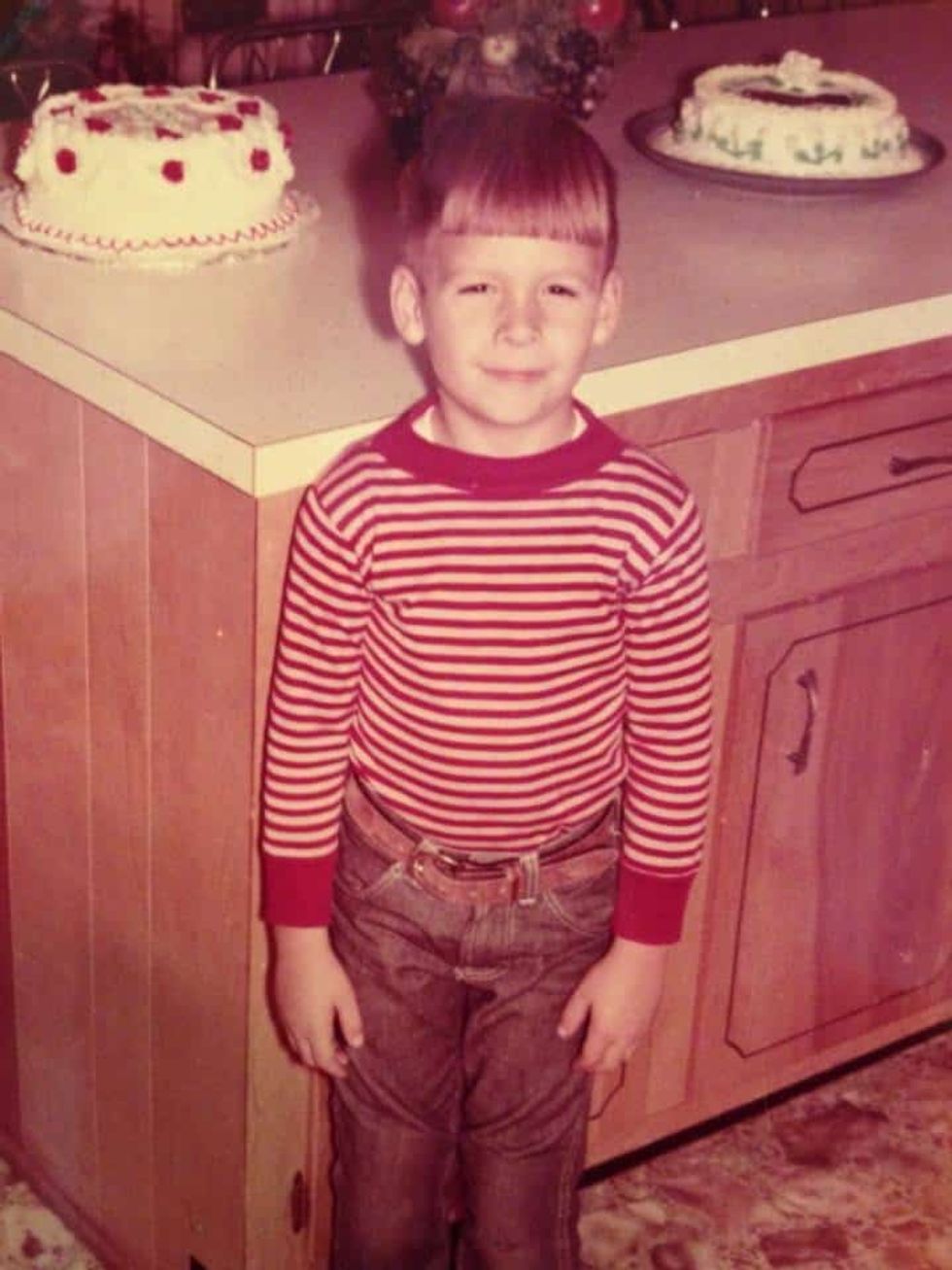 Previous Next
Photo of Greg at his mom's last birthday party 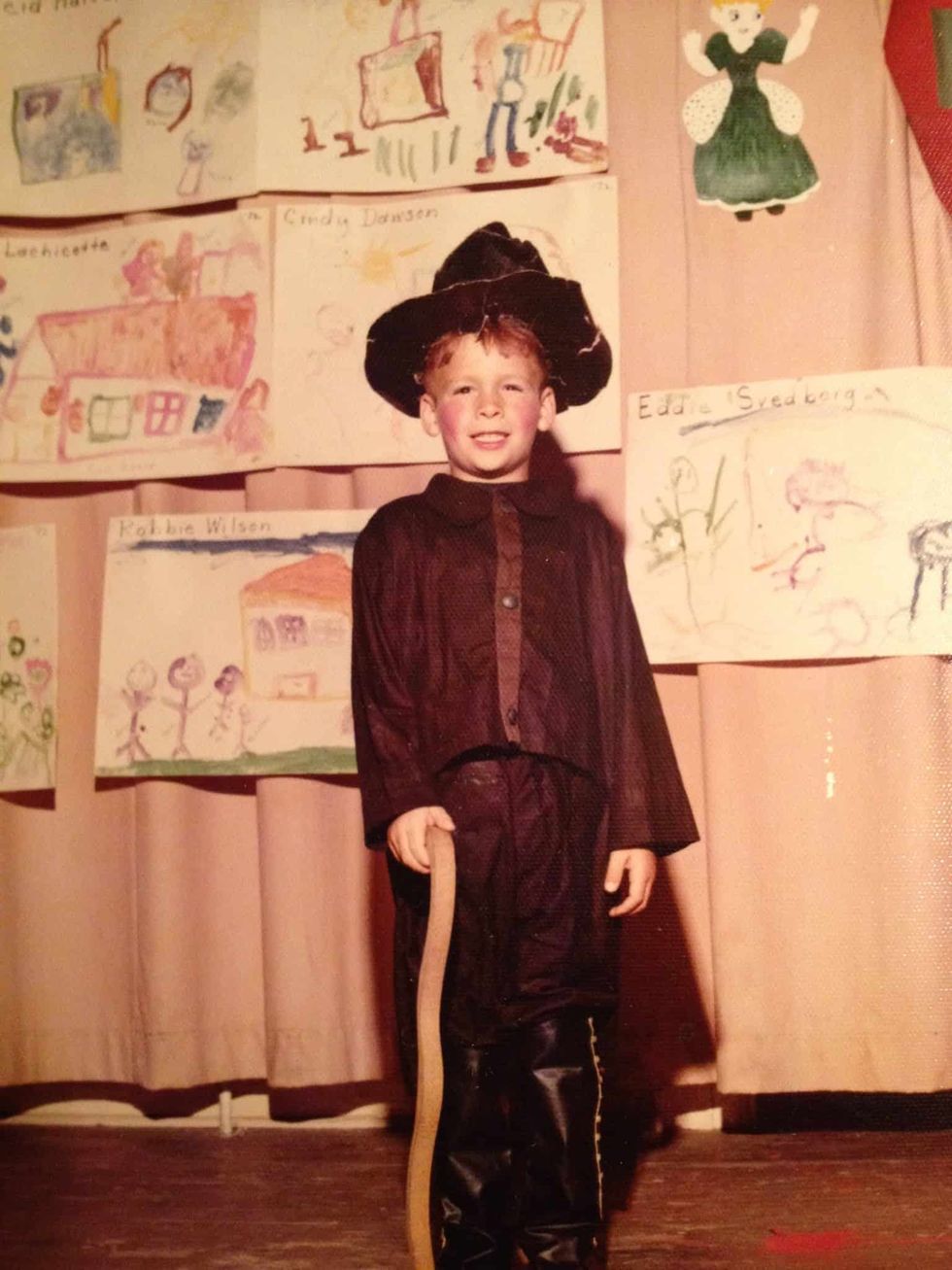 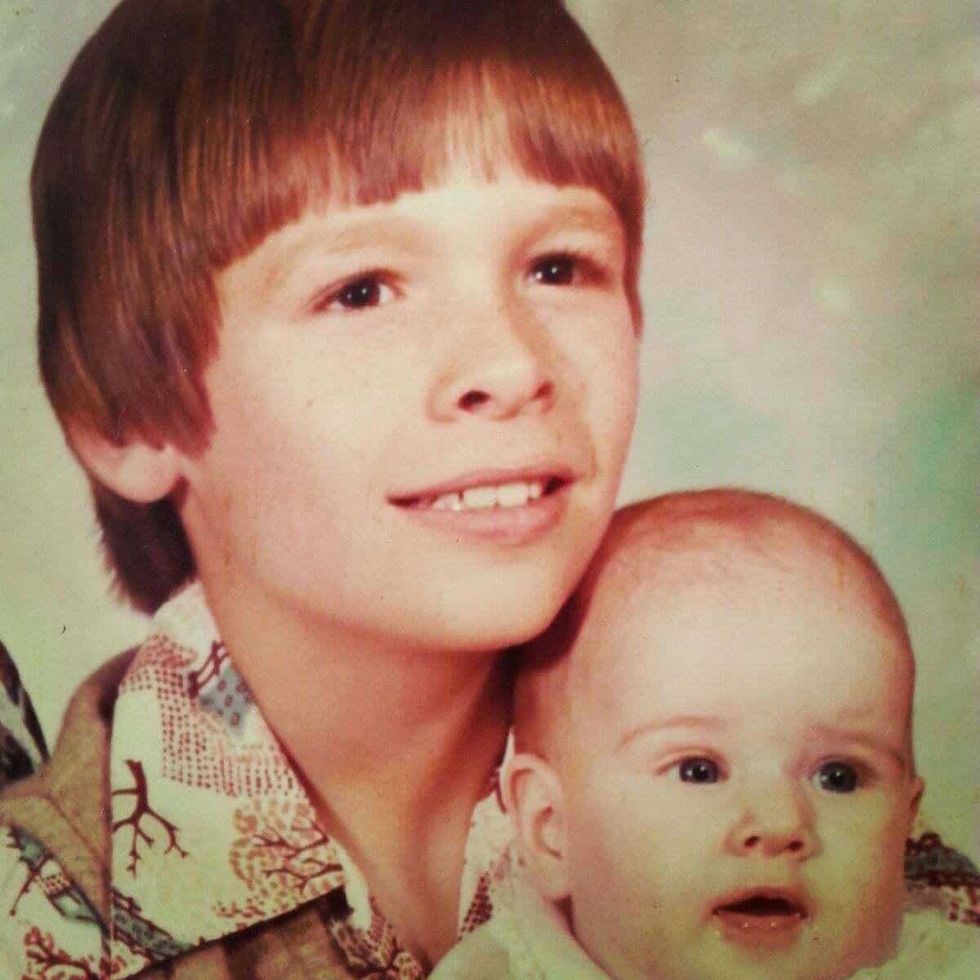 GRADY: You’ve mentioned the isolation gay kids feel… How does that play into your mission as a writer?

HOWARD: I really hope this book reaches those kids out there that feel isolated. I don't know if you... I felt like I was the only gay kid in the world. And I know there's still got to be kids like that out there.

I'm hoping that this book will reach those kids. And they'll know that they're not alone, that there's nothing wrong with them. There is a little bit of head-butting with religion in this book.

Riley doesn't understand, for instance, why everybody prayed so hard for God to bring his mama home, and He didn't. He doesn't understand why he prays to God to not like boys, and he still does... All those questions I had. You know, I spent the first 20 years of my life trying to pray the gay away. News flash: it doesn't work.

So I really hope it just reaches those kids. And I'm sure there will be some adults, some gatekeepers that don't want it to reach those kids. But we can only do we can do.

GRADY: So representation is a major reason why you tell these stories about kids and don’t just leave the sexuality portion out altogether?

HOWARD: When I was that age I would have loved to have books that I could see myself in. So, I'm okay with being that guy that writes about gay kids. I'm fine with that...

If somebody wants to say, why do you always have to write about gay kids ... it's because there's a ton of books out there about straight kids and non-queer kids. And that's fine. It's just not what I wanted to do.

I'm actually working on a book now. And I started with the main character being a straight kid, and it was fine, but I didn't have the passion for it. I remember when I was that age. I read, and I read. And I looked for me in these books. I never could see me, you know?

And this book is so vanilla! There's a SINGLE chaste kiss between two boys... I know people are going to say I'm trying to shove an agenda. I'm not. I'm just trying to let those kids know that I see them... I'll be the guy who writes for them and people can say what they want to...

GRADY: What do you hope readers will take away from the novel, besides the gay kids who’ll be able to see themselves clearly in your story?

HOWARD: There is a message that I would like to point out in The Whispers, because the world is just so horrible right now... Everything seems so dire and hopeless that I made a theme in The Whispers of “Why not hope?”

I'm pushing the hashtag #WhyNotHope because I want people to remember that you've just got to choose it, you've got to choose to be hopeful even when it's not so easy.

For more on Howard's previous book, see: Pride is the perfect time for 'Social Intercourse'

Related Articles Around the Web
drinks