Metro Nashville Police Department (MNPD) is announcing that it has created the position of LGBTQ Liaison for the department, joining a handful of MNPD officials tasked with outreach to Nashville’s minority communities. Since November, Officer Catie Poole has held this position, quietly beginning to meet with local LGBTQ groups and leaders, and to familiarize fellow officers with her new role.

The appointment of an officer whose sole role is to act in the capacity of a liaison to the community, however, marks a bold new commitment on the part of the department. With this appointment, too, Nashville joins many other major metropolitan police departments in having such a liaison: cities from Seattle to Atlanta and Annapolis have had officers in such roles for some time, cities like New York and Washington, D.C., have units devoted to the task.

While this is a big step forward for MNPD, it represents the culmination of years of discussion, building upon the community engagement undertaken by LGBTQ leaders within the department. Individuals such as Lieutenant Dave Leavitt and Commander Kay Lokey have often assisted when potential difficulties arose between the department and the community.

“Obviously, this has been in the works for a while now, recent events have kind of expedited the process and brought it back into the forefront of discussion,” Poole explained.  “Ultimately, the goal is to improve the community relations with LGBT community.”

Who Is Catie Poole?

Originally, Poole did not set out to become a police officer. “I was doing pre-law at MTSU, with the notion of possibly going to law school,” she explained. “But when I got to my senior year, I was so tired of school, I couldn't imagine doing another three even-more-intense years. So I decided to go onto the job market. That's when I started looking around and decided that I didn't necessarily want a desk job. I wanted to be out and about and get involved with the community to make a difference where I could. So I looked at the police department and found that to be the best fit.”

Around the time she joined the force, Poole started dating Hannah, who is now her wife. “We've been married for going on two and a half years now, been together for almost five... She's a strong supporter so I'm happy for that.”

Together, they have built a life and home, literally. “We did just move into our house that we built this last June, out in the country,” she said, “so we're loving that. We have three dogs so it's perfect for them. They're Australian Shepherds so they love having the run of the land, it just gives them space to breathe.”

In addition to giving their animals room to breathe, their home gives Poole the room to engage in her passion: powerlifting!

“One hobby of mine is ... I power lift. I've got a really awesome garage gym that we put together. I love that: I mean, that's my work of art there. I look at it like another job. I mean, I love it. But to be successful in it, you have to treat it like a job. Consistency is what gets you results.” 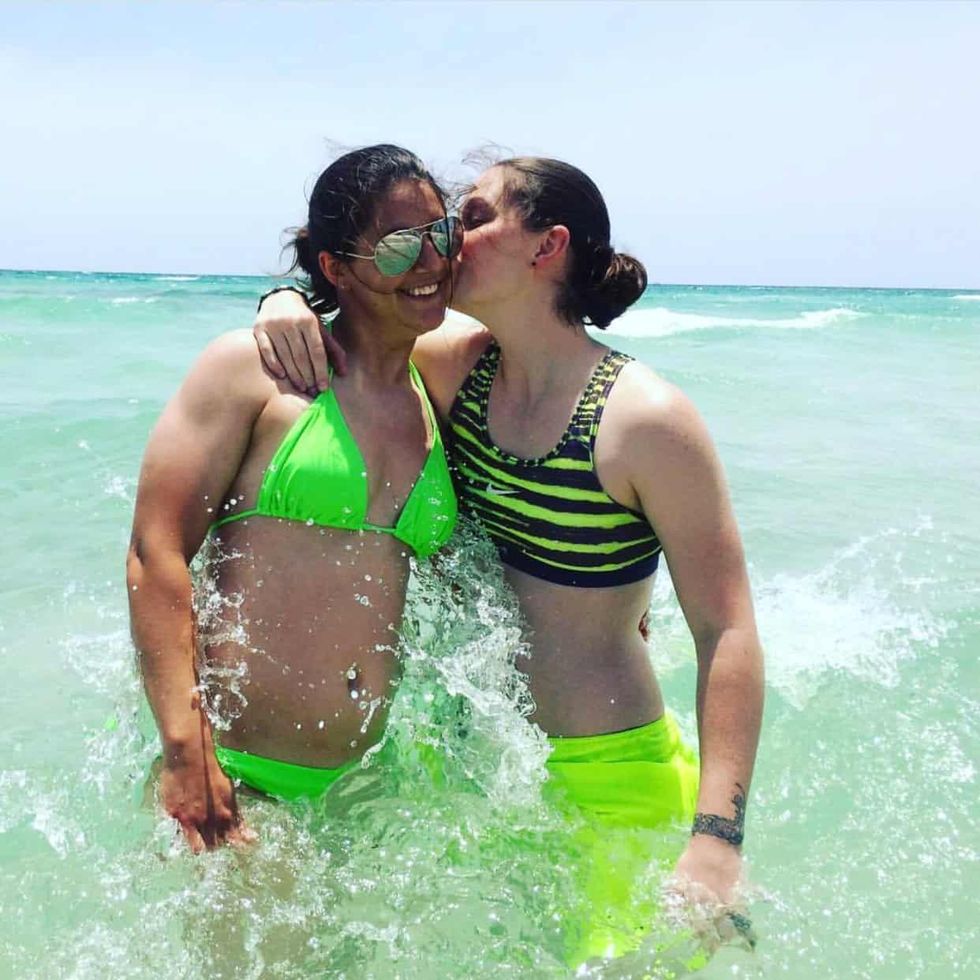 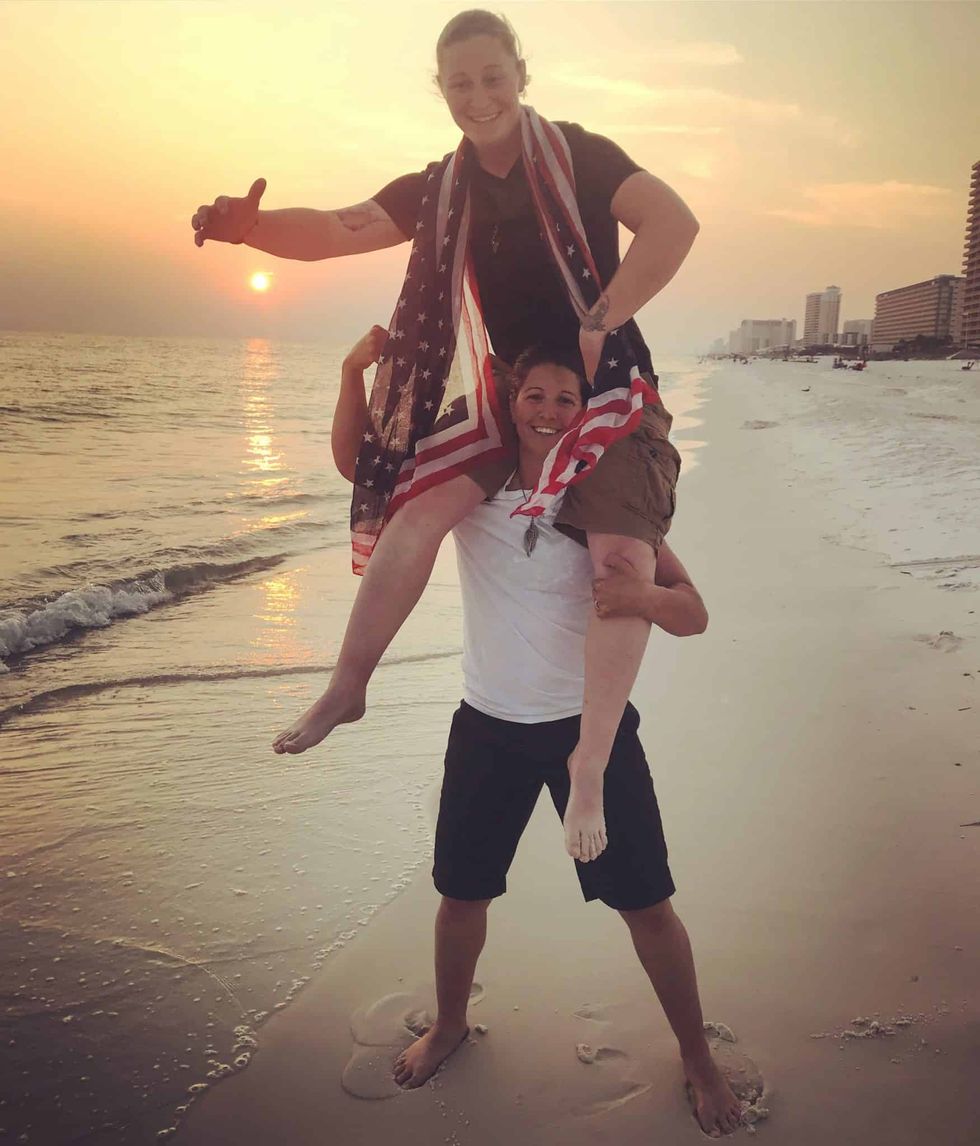 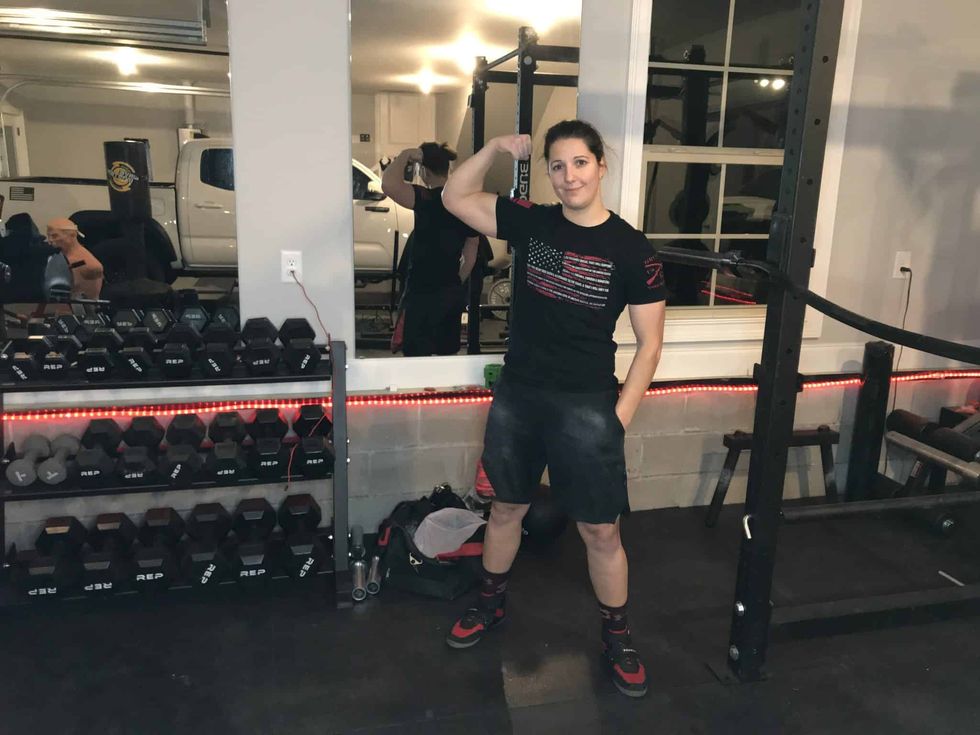 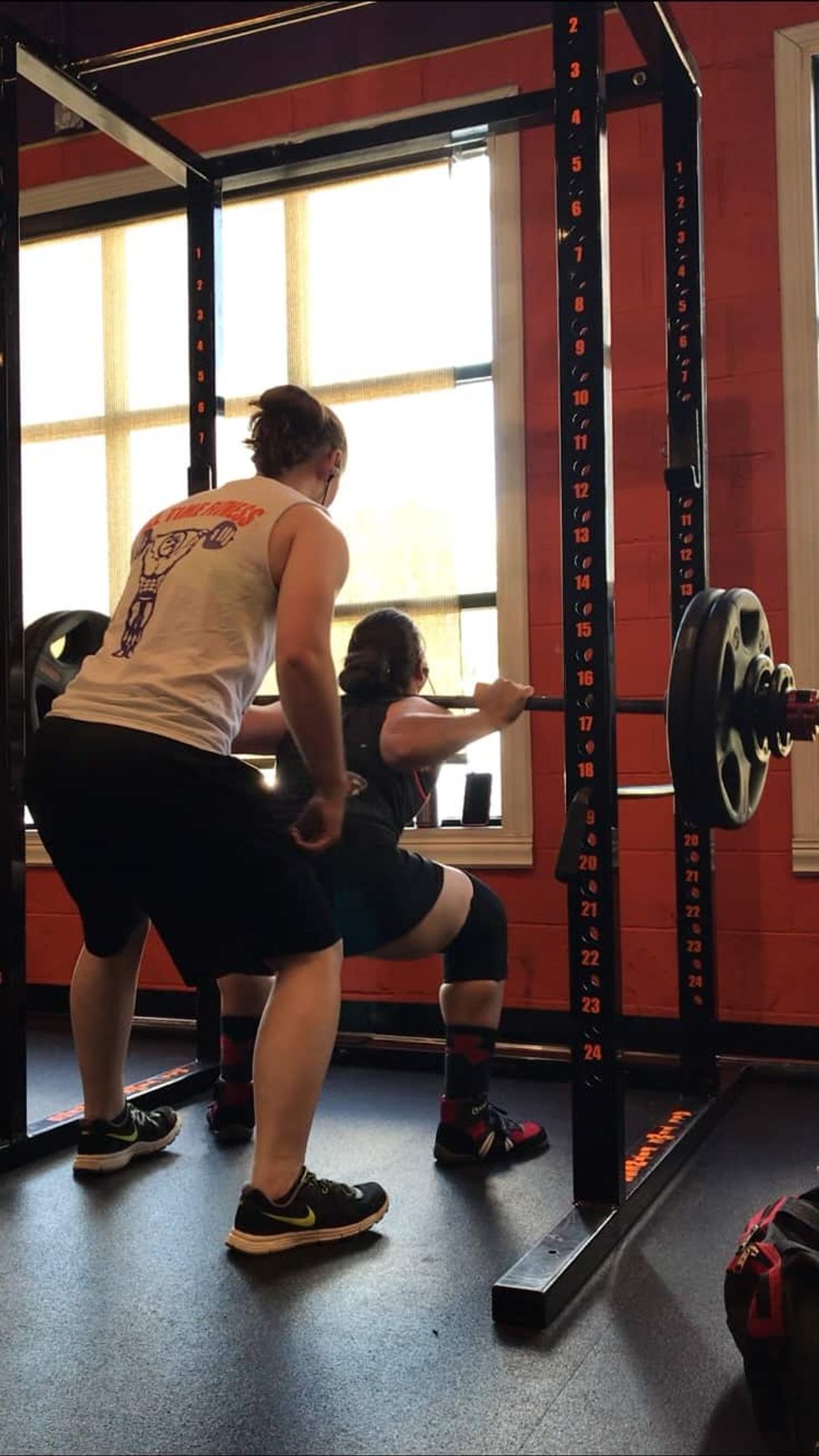 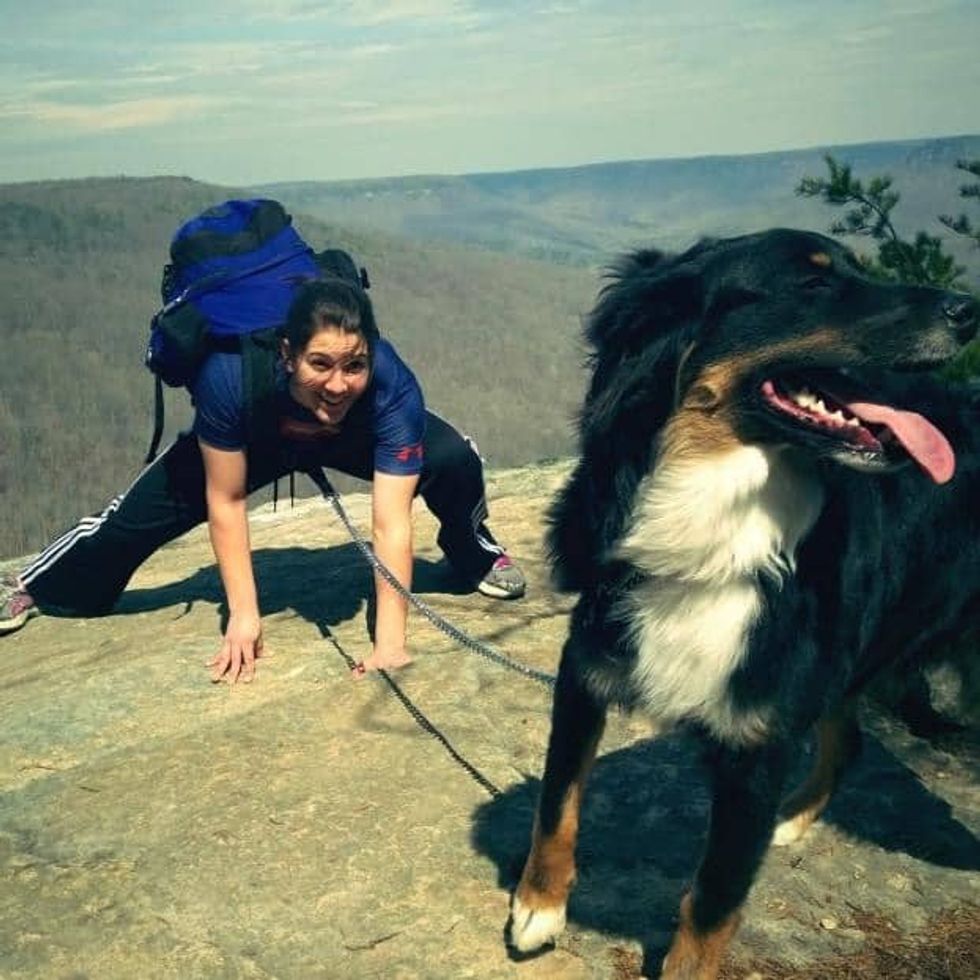 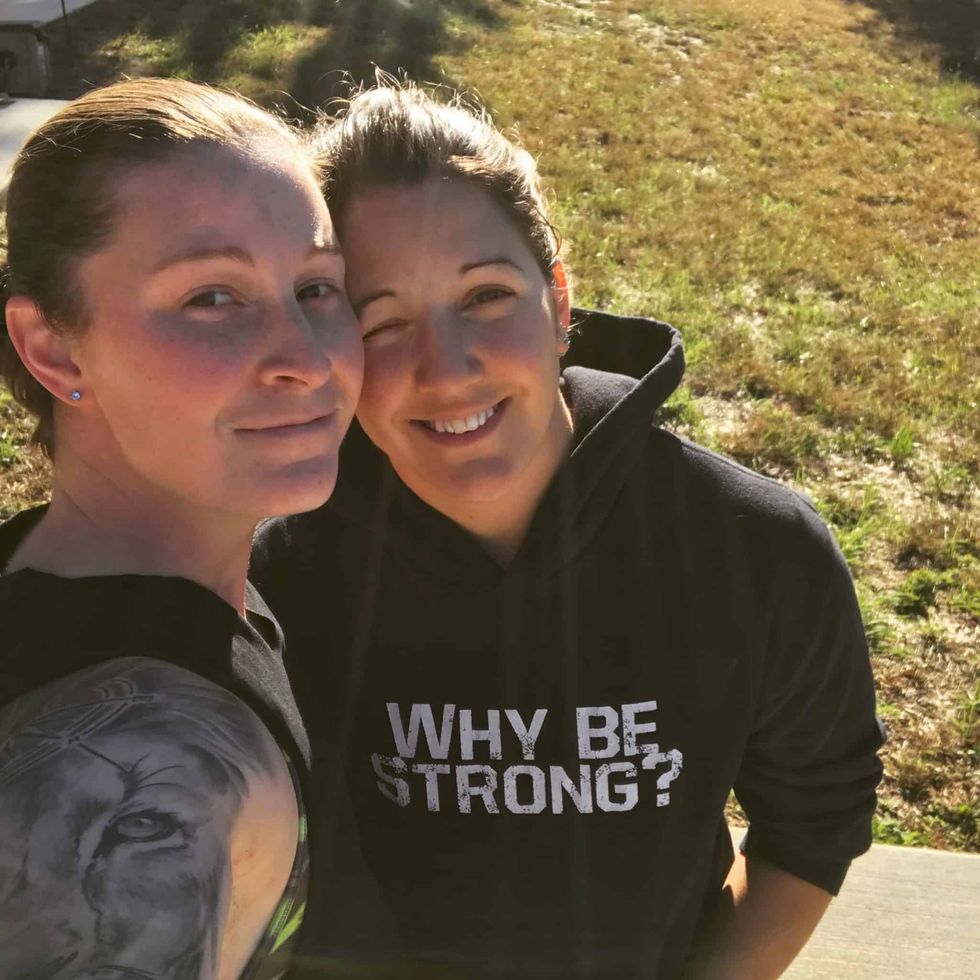 Poole was identified by the department’s leadership as an ideal candidate for the position, as she is both sensitive to the concerns of the community and has shown herself to be a model officer.

“I've been on the Department for five and a half years now,” Poole said of her tenure with the department. “My first precinct I was in was East: I worked evening shift for four months. I then went to Central for the next four years, so the bulk of my experience in my time on the department has been in Central. I was on the bicycle patrol unit for a lot of that time. So again, with the community aspect, that's half of our job - it's not just enforcement but public relations. So I got to meet a lot of people downtown, attend all kinds of events and help orchestrate events…”

When asked why she thought she was chosen, Poole answered modestly. “I honestly don’t know but when they offered it to me, I jumped on it. I was excited about it from the get-go, so I’m honored asked to do it.”

Deputy Chief John Drake, head of the Support Services Bureau, however, said, “It’s a start-up program and we wanted someone good, energetic, knowledgeable of the entire community, especially the LGBTQ community’s needs, and she was perfect! She’s been a good officer. On top of her work as a patrol officer, she was already doing community outreach, and I knew she would rise to the challenge.”

The Work of the Liaison

As liaison, Poole has set three distinct goals for herself as she gets the program started. “One will be to be focused on the community—getting involved with the numerous groups around here, getting to know them personally and to be able to be there for them as a resource… They’ll have my contact information personally, and not just the community groups, but also individuals in the community.”

Officer Poole wants community members to know they can contact her directly if they have concerns about coming to the department. Though she believes the department is widely accepting of LGBT people, she understands this is not the common perception and she wants individuals to feel comfortable coming to her as a mediator. This leads to her other focuses.

In the coming months, Poole hopes to launch a “Safe Place” program, modeled on a program started in Seattle. The program was initially created out “to address the hate crime issue… hate crimes are one of the most under reported crimes out there.” Not only is the topic a touchy one, but often the victims are uncomfortable reporting.

The department will be producing material encouraging reporting. This includes a rainbow decal with a badge that advertises ways to contact the department via phone. There is also a new website soon to be unveiled for the purpose of facilitating reporting.

“The website that we will be creating here with the launch of the program,” she said, “is meant to promote the reporting of hate crimes across all minority groups…  The safe place program will …  also give them a safe place of refuge… Participating businesses will put the rainbow decals on their front window in a very prominent location. People [will] know they can go into a location as a place of safety and seek help in contacting the authorities. This is meant to comfort victims who may have a negative impression of the police, people who have perhaps even fled war and violence, and to give them a safe place to stay.”

The program has been successful in Seattle. Since the program was initiated, there has been around a 600% increase in hate crime reporting.

Poole’s third goal is to serve the department internally as a resource for fellow LGBTQ officers.  “I want them to know that if there is something going on, there is someone they can reach out to in confidentiality, and we can correct the problem.”

Poole has appeared at local events already, such as the Chamber’s holiday party. But she is still making her rounds and familiarizing groups with her presence and her new role.

She’s also working to familiarize fellow officers with her role, and the role she can play in their work. One example is acting as a resource when working with LGBTQ victims or people in need. She had already begun to play that role with officers familiar with her work.

When asked what would constitute success for her program, Poole said, “Well, I think that the more public awareness I raise, the more I get to know people and show them that I am not just saying that I'll be there for them but actually show up to their meetings and be a part of their their lives on a daily basis and offer whatever services and help I can ... I think that's going to go a long way because word of mouth ultimately is what has the biggest impact...”

So, Poole is most definitely well on her way to success!